Attested:  The Ravenna Cosmography's 3 manuscripts (at position 149) have slightly discordant versions of this name, shown at the bottom scanned from the article by Richmond and Crawford (1949), who reckoned the best reading was Velurcion.  All things considered, the most likely spelling in the source from which the surviving manuscripts were copied is Velunion, where lower-case  n  got mis-read as  rc  or  rt.

Where:  Almost certainly Housesteads Roman fort near the middle of Hadrian's Wall at NY790688, because of the order in which the Cosmography lists forts on the Wall.  However, Borcovicium also has a strong claim to that site and the two names differ by more than trivial manuscript-copying errors can normally explain, so they must have been distinct in space or time.

Name origin:  *Velunion probably meant something like ‘command post’ as explained for Velunia at the east end of the Antonine Wall.  For that name the best later parallels are in Germanic languages, appropriate to the cuneus Frisiorum attested epigraphically at Housesteads.

Notes:  An earlier version of this text commented on the many PIE roots of form *wel-, *welə-, or *welt- that fail to offer a truly convincing explanation for this name.  If the spelling **Velurticon no longer seems attractive the people called Ulurtini, mentioned by Pliny as living in south-east Italy, are probably not relevant.  A pity, because that had offered a feeble explanation for the mysterious name on Vindolanda tablet 174 that has been read as *Ulucio. 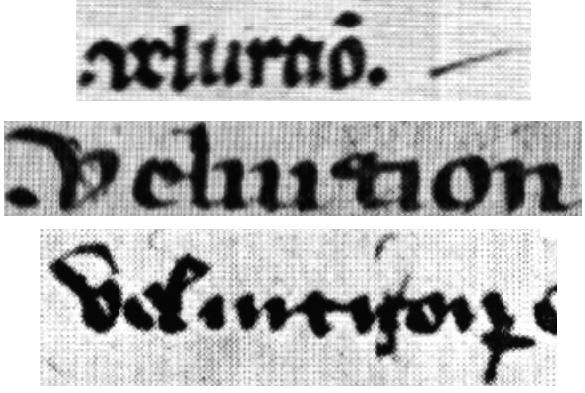 You may copy this text freely, provided you acknowledge its source as www.romaneranames.uk, recognise that it is liable to human error, and try to offer suggestions for improvement.
Last edited 5 April 2020     To main Menu